I had an interesting day yesterday. I took my mom to her follow-up appointment at her doctor’s office. My car bit the biscuit, so to speak, in 2009. I occasionally borrow the car, and Monday I took the car home as I will drive my mom to her appointment the next day. I noticed this symbol popped up:

When a light comes on, I usually get an assurance it’s just the light blinking off and on. It’s a 15 year-old car, and does have its quirks. I drove the car to my parent’s place, got my mom, and headed to our appointment.

A Word About Downtown Winnipeg and Parking

How doth our infrastructure sucketh, let me count the ways. From the pockmarked roads, and brainless double parkers, I circled the clinic for a parking spot, like a vulture waiting to pick the bones off a carcass. I had the foresight to drop mom off while hunting for parking. I realized, while public transit is not perfect, my stress levels benefited from not having a car.

I went into a parkade at The Bay, feeling the luck o’ the Irish to grab a prime handicap spot. Mom will walk back with me, and the convenience meant no stairs or anything awkward.

Oh, look, I spoke too soon.

I pulled into the spot, killed the engines, and noticed clouds of vapour billowing my from the hood. I got out in time to see fluid oozing from the hood. I snapped a picture, texted it to my brother, with the following caption:

We have a problem!

I called my brother immediately after sending the text, going into brother-sister defcon 4 to get a grasp on the situation. The Bay parkade is also a pretty old parkade, I think it went up in the late 60’s, and I always got the impression it will one day pancake on itself. My brother drove the car out so the tow truck can do it’s business.

Throughout it all, I got back to my mom and her doctor to translate. Our plans to hang out after her follow-up evaporated as she drove home with my brother, while I silently thanked everything for keeping my bus pass with me. Mom is fine, the car will have its rad fixed, and I will go home and download The Crucible starring Richard Armitage.

My Luck Runs Out and My Patience Maintains Its Equilibrium

Mr. Armitage did not test my patience. Nope, nope, and nope. I fired up the computer, registered my account, and waiting a little before downloading. Tumblr, that bastion of useful information, reported people having a few problems downloading. I waited for the crowd to calm down, put in my information…and got an error message.

Digital Theatre has three currency modes (British Pound, Euro, and American). I choose American, thought I filled in all the information, and still got an error. At this point I let out a pretty big sigh. Watching a British actor on stage equals watching a creature in their natural habitat. Almost every Armitage interview I read ‘I want to return to the stage’, and thanks to things like National Theatre Live, I had hopes for seeing The Crucible on the big screen. It’s not live, but I do see British productions for the same reason Mr. Armitage mentioned seeing opera productions on movie screens….I can’t afford seeing the plays live. A Silver City ticket costs less than airfare, hotel, and the theatre ticket. (Somewhere in here I take a deep breath.)

I sat through breathless accounts from bloggers, re-read the play, walked down memory lane as I studied Miller’s plays in high school and enjoyed them, gritted my teeth about the rights issues, which means North America would have to suffer Winona Ryder’s version of Abigail Williams. (C’mon we know the studios wanted her in that role for her box office than any acting chops!) In short, on the luckiest day of the year, I found myself SOL. 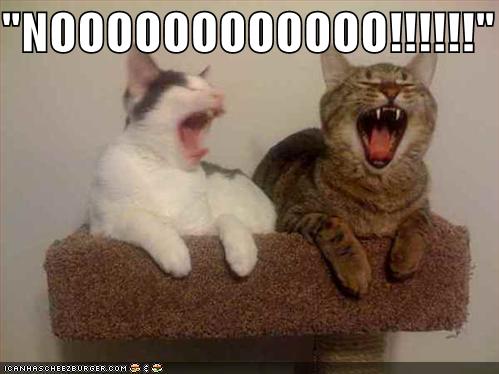 I tweeted Digital Theatre to see about the problem. It’s not all melodrama. I have a few things on the go, including outwitting writer’s block create another story for our next Off the Wall anthology. May be I did something wrong in the checkout portion of the process?

I just want to see the production. It’s not just for him. In fact, the clips I have seen presented an ensemble firing on all cylinders…as opposed to my dad’s car.

One thought on “Midweek Geekiness: Richard Armitage and the Testing of my Patience”

What Do You Think? Cancel reply

This site uses Akismet to reduce spam. Learn how your comment data is processed.

Curious observer of the world. In my corner of the world, I work as a Library Technician for a college in Manitoba. I enjoy writing, reading, and getting out to see more of my surroundings.

Music Monday: Paint The Town Green by The Script